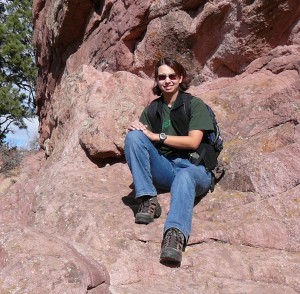 Dr. Robin Tanamachi is a research meteorologist specializing in the collection, analysis, and assimilation of mobile Doppler radar data collected in severe storms and tornadoes. She currently works as an assistant professor at Purdue University in northwest Indiana. Previously, she was a research scientist at the Cooperative Institute for Mesoscale Meteorological Studies in Norman, Oklahoma, which is closely linked with the National Severe Storms Laboratory. She has been an avid storm chaser since 2001, and participated in numerous severe weather research campaigns including VORTEX2 (2009-2010) and VORTEX-Southeast (2016-present). This blog is intended to chronicle her meteorological pursuits and interests, including research updates, publication announcements, and chase logs.

Robin grew up in the Twin Cities area of Minnesota. While she had a lifelong interest in weather, the medium of television strongly influenced her choice to become a research meteorologist. In 1986, she was captivated by live news helicopter footage of a tornado near Minneapolis, footage that caught the attention of research meteorologists at the National Severe Storms Laboratory. Around the same time, the PBS special “NOVA: Tornado!” aired, showing research meteorologists from the University of Oklahoma (including Dr. Howard Bluestein, who later became her Ph.D. adviser), launching weather balloons and other instruments in severe storms. Thus inspired to become a research meteorologist, she tailored her education toward math and science, but always tried to remain a well-rounded learner with interests in all subjects. 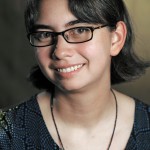 A more formal portrait, taken shortly after receiving her Ph.D. in 2011.

The opinions expressed in this blog are solely those of the author, and are not necessarily those of her employer, grant sponsors, or affiliated organizations.